The Internal Revenue Service (the “IRS”) has announced the annual cost-of-living adjustments applicable to dollar limitations for retirement plans and other items for Tax Year 2016. The retirement plan limitations generally are unchanged in 2016 because in most cases the slight increase in the cost-of-living index did not meet the statutory thresholds that trigger rate adjustments. The following is a list of the key dollar limitations which have not changed. Additional information on the 2016 limitations can be found in IRS Notice 2015-75. 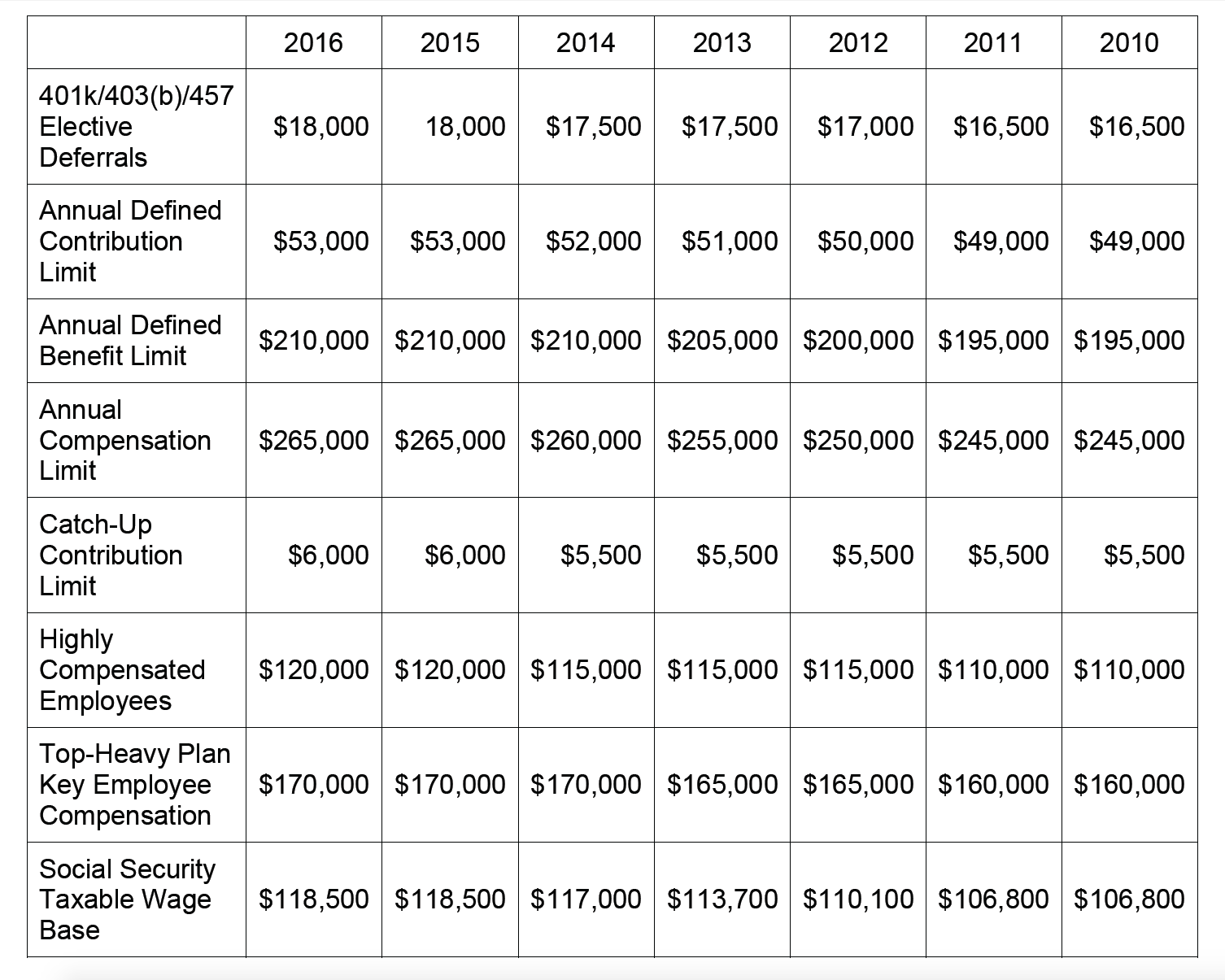