Limitations that Have Increased

The following chart is a quick reference guide to key limits. 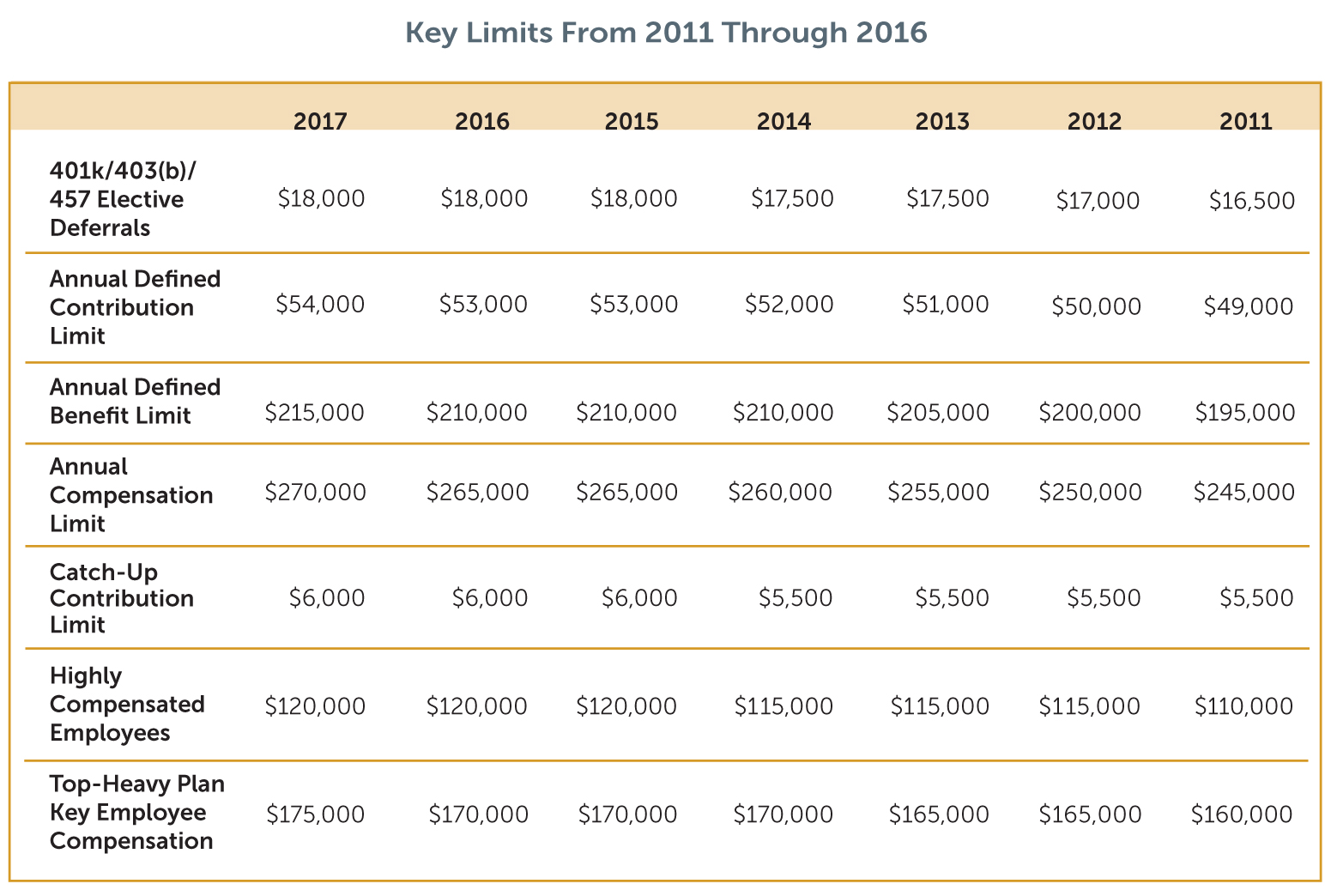